I heard, or maybe I should say “read” about this book sometime last year, and I waited eagerly for its release this year.  It’s been out for a couple of months now, and I’ve been itching to share it with you guys.

The Fishermen is the first novel by Chigozie Obioma, a Nigerian author, which [in his words] “first came to [him] as a tribute to [his] many brothers, and a wake-up call to a dwindling nation – Nigeria. Then it grew into something much more than that: it felt necessary.”

But, I know you’re wondering what this book is about.  Don’t worry.  I’ve got you covered. 😉

END_OF_DOCUMENT_TOKEN_TO_BE_REPLACED

Beneath the Lion’s Gaze is the first novel written by Ethiopian-born author, Maaza Mengiste.  Maaza Mengiste is a Fullbright Scholar and award-winning author, whose written works can be found in the Guardian and New York Times.  She has also completed a documentary, Girl Rising, which focuses on the education of girls all over the world.   END_OF_DOCUMENT_TOKEN_TO_BE_REPLACED

“I am the resurrection and the life.

The one who believes in me will live,

even though they die;

and whoever lives by believing in me will never die.

Do you believe this?”

END_OF_DOCUMENT_TOKEN_TO_BE_REPLACED

You know that saying that “a picture is worth a thousand words?” Well, it’s true, not just because I said it was true but because it is true.  Confused much? I hope not.  I’m just getting started.  🙂

When I was younger, I read a couple of comic books (“Bande Dessinée” in French or “BD” for short), but 99% of them were chucked full of Western (American, British, etc) characters e.g. Archie, Spider man, etc.  In fact, the only Nigerian comic book I remember reading was the Papa Ajasco comics (with Boy Alinco, Miss Pepeye, and all those naughty characters), and even then, I read them in bits and pieces since they were released in magazine form.

Enough about my childhood.

A couple of years ago, I noticed that there were more and more graphic novels, specifically from African writers and illustrators being released.  What particularly caught my attention was the authentic writing that flowed side by side with the drawings / illustrations.  By authentic writing, I mean that the voice of the writer was clearly African.  These were Africans telling their own stories, not just waiting for a Westerner to tell their stories with the bias and stereotypes that we have come to expect from such writers.  These were fresh, original and delightful.  And the trend has continued.  More and more graphic novels are being written now than before.

I will go ahead and share a few of them with you.

END_OF_DOCUMENT_TOKEN_TO_BE_REPLACED

With the number of Africans that have migrated to the United States over the years, it is not surprising that Africans living in the diaspora have their own stories to tell.

Dinaw Mengestu is an Ethiopian-born writer who moved to the United States with his family when he was just 2 years old.  The Beautiful Things that Heaven Brings is his first book, and was originally published in 2007. It tells the story of a 17-year old Ethiopian immigrant living in the US.   END_OF_DOCUMENT_TOKEN_TO_BE_REPLACED

Aminatta Forna is the author of The Memory of Love.  Aminatta was born in Scotland, raised in Sierra Leone and Britain, and spent some parts of her childhood in Iran, Thailand and Zambia.  The Memory of Love was first published in 2010 (Bloomsbury) and won the 2011 Commonwealth Writers’ Best Prize Award.  It was also short-listed for several other awards, including the 2011 Orange Prize for Fiction.   END_OF_DOCUMENT_TOKEN_TO_BE_REPLACED

When you pick up a book (or click on an e-book), the logical place to start is at the beginning, right? Well, that’s what I thought until I discovered that some people like to start at the end.  Why?

Think of the African books you have read to date.  Imagine knowing the end of the story before you even started reading.  Isn’t that what is called a spoiler? END_OF_DOCUMENT_TOKEN_TO_BE_REPLACED

Bowl of Chex Mix. Help yourself 🙂

Before  I jump right in, I have to ask: how were your holidays? Exciting, I hope.  For me, they were not long enough, and this cold weather just makes me want to go into hibernation with a hot cup of tea … and a book, of course. 😉

In the absence of that option, we can talk about the next best thing: snacking. 😀 END_OF_DOCUMENT_TOKEN_TO_BE_REPLACED 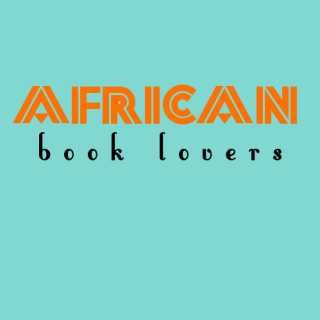 a community of people who love african stories

A blog of books, reading and world literature

A Blog of Books and Literature

A World of Literary Pieces

For The Love Of All Things Books

The Art and Craft of Blogging

The latest news on WordPress.com and the WordPress community.